It is difficult to think of anything streaming-related that the Amazon Fire Stick and Fire TV devices cannot do given their ubiquity. So can you add airplay to firestick?

A third-party app can use Apple AirPlay to mirror your iPhone or iPad even though Fire Stick doesn’t support it.

This article explains everything you need to know about using AirPlay with your Amazon Fire TV stick, including how to use a third-party app to mirror your iPhone to the Fire Stick.

How Does Airplay Function And What Is It?

Apple’s devices can mirror content (of any kind) from one device to another using AirPlay. Owners of iPads, Apple TV devices, or iPhones can share videos between their devices using AirPlay.

The only issue with AirPlay is that it is incompatible with gadgets like the Amazon Fire TV. In order to “mirror” the screen mirroring feature on other devices, people must install specialized applications.

Can You Add Airplay To Firestick?

It’s a useful feature called Apple AirPlay that enables you to stream content from your iPhone or iPad to another gadget. To a Fire Stick, you cannot, sadly, AirPlay content.

But that doesn’t mean you can’t find a solution. Instead of using AirPlay to connect directly to Fire Stick, you can use a third-party app to connect the two technologies so you can mirror your iPhone or iPad screen to your Fire Stick device for viewing on a bigger TV or computer screen. 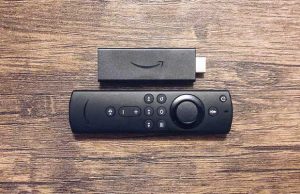 Screen mirroring and casting are now very popular. No one enjoys watching movies on a tablet or even a small smartphone screen. Everyone wants to enjoy the big screen, which comes in the form of 4K TVs and other cutting-edge streaming devices.

iPhone and iPad users can screen-mirror content on their TVs using AirPlay. The only issue with this setup is that AirPlay only really functions when users pair it with an Apple TV device. Therefore, AirPlay is essentially useless for you if you own an iPhone or iPad but not an AppleTV device.

Amazon Fire TV owners are already aware that Apple’s iOS operating system powers all of its products. So, whichever non-Apple brand TV they own, it is not powered by iOS. As a result, they are unable to use Apple’s AirPlay app to connect to their internet-enabled devices or use their TV.

How To Use Airplay On Firestick And Fire TV

You’ll now need to understand how to link your Apple device’s AirPlay app with your Amazon FireStick or FireTV device’s AirReceiver app.

The steps you need to take are as follows:

Now, to unplug one of the devices, just disconnect it from the wireless network they both share.

That’s it; the AirPlay app from your Apple device is now connected to your Amazon FireStick or FireTV.

How To Use Airplay On Firestick And Fire TV Without Money?

The iWebTV app is available for both the iOS device and the Amazon Fire TV for free download if you don’t want to shell out $ 2,99 for AirReceiver.

iWebTV has fairly good ratings on both app stores and supports 4K content. One of the top Fire TV compatible mirroring programs, it is also totally free.

Install the app on both devices, then launch it on your iPhone or iPad. The video you’ve chosen to screen mirror will now start playing on the FireStick when you use the built-in web browser on iWebTV.

Although the app is free, a banner overlay is present. To get rid of the banner, you must pay $ 0.49 each month. The pro version, which removes the banner and unlocked extra features like video previews, video ad skip, and settings to modify your homepage and add bookmarks, is also available for $ 0,99 per month.

Read More: How To Lock A Door Without A Lock?