One of the most widely used brands of televisions worldwide is Samsung. In fact, a recent survey found that Samsung is the manufacturer of 50% of all TVs sold worldwide.

Where are Samsung TVs made? The Samsung corporate headquarters are situated in South Korea. However, factories in Thailand, Vietnam, China, Europe, South America, and even the USA may have produced your TV, among other nations around the world. Samsung televisions are renowned for being very dependable and long-lasting, regardless of where they were produced.

You can learn more about Samsung TV manufacturing if you keep reading.

Customers can choose from a wide selection of Samsung TVs, including their 4K QLED TV and the SUHD and UHD models. This year, the company will release an 8k TV with new advancements in AI technology. Through collaborations with Microsoft HoloLens and Oculus Rift, Samsung has also been hard at work developing an immersive viewing experience that makes the viewer feel like they are a part of the action. Samsung has a TV that will satisfy all of your needs as a consumer.

The South Korean multinational conglomerate company Samsung Electronics was established in 1938. Smartphones, TVs, refrigerators, and air conditioners are just a few of the many electronic products that the company makes. Samsung is a significant player in semiconductors, digital appliances, IT services, pharmaceuticals, and the manufacturing of mobile phones and televisions globally.

Where Are The Most Samsung TVs Produced?

There is a long list of places where Samsung factories are located; in fact, they are pretty much everywhere in the world.

Your Samsung TV’s manufacturing location largely depends on where you bought it. Despite having so many factories, Samsung insists that each television is made with the utmost care and to their exacting standards. 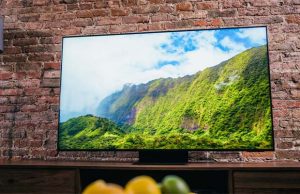 Samsung is a well-known South Korean electronics brand and producer.

Therefore, its primary office and first factory are located in its country of origin.

They also utilized the Suwon factory as a location for the manufacture of pilot test equipment.

Therefore, if you purchased your Samsung TV after 2018, it was probably not made in the country of origin.

Older models can still be purchased in South Korea. But those are rare.

China is among the first few nations where Samsung has established a TV manufacturing facility.

Since 1993, China has been the primary producer of Samsung TVs.

There is one certainty if you reside somewhere other than China and its neighboring nations. There is no doubt that your Samsung TV was not made there.

Because 90% of Samsung TVs sold locally are made in China. And China exports the remaining 10% to its neighbors, including Mongolia.

Incorporated Samsung Electronics has recently decided to close down its only Chinese TV factory in Tianjin.

Their spokesperson claims that this action is required to increase their production efficiency.

The manufacturing of local TVs in China was stopped by Samsung at the end of 2020.

Therefore, it would be less likely in the future for Samsung TVs to originate in China.

One of Samsung’s biggest TV manufacturing facilities is located in Tijuana, Mexico.

The annual production of Samsung TVs is around 18 million.

This factory produced Samsung TVs for the American market.

Your Samsung TV was most likely produced in Samsung’s Mexico facility if you are an American.

Trivia: Many of the largest tech companies have manufacturing facilities in Tijuana. It’s because local labor and production costs are low.

Watch this video if you’re interested in learning more about how a Samsung TV is made!

Brazil was the source of the Samsung TVs sold in South American markets.

Only Samsung TVs for South America are produced in the Brazil factory, unlike the Mexico facility.

In Brazil since 1995, Samsung has produced a range of electronics.

Additionally, the Samsung Brazil factory was able to churn out roughly 10 million Samsung TVs in 2019.

South Americans are in high demand for Samsung TVs.

Vietnam is home to one of Asia’s biggest Samsung TV production facilities.

In the Samsung factory complex in the Thai Nguyen province, about 60,000 Vietnamese people work.

It is sizable enough to supply Samsung TVs in many regions of Asia, Australia, and Africa.

Trivia: Currently, the biggest Samsung factory is located in Vietnam.

Samsung moved production to Vietnam after closing the TV factory there.

Russian manufacturers supply some of the Samsung TVs sold in Europe.

The most popular electronics brand among Russian households in 2008 was Samsung.

In the same year, Samsung Electronics Inc. built a TV manufacturing facility in the Kaluga region.

In order to meet the high demand from the locals for Samsung TVs and other home appliances, the company took this action.

So, if you’re Russian, you can rest assured that your Samsung TV was made entirely in Russia.

Another nation that produces Samsung TVs in Europe is Hungary.

About 2500 locals were employed by the factory to operate it.

After many years, the Hungary TV factory’s production rate has remained on the rise.

Samsung also constructed a new plant in the same town in 2014 to mark its 25-year anniversary.

Slovenia is home to another Samsung manufacturing facility that is close to Hungary.

Some TVs on the European market are made in Slovenia, just like those in Russia and Hungary.

100% of the parts and varieties of machinery are produced in the nearby factory.

One of those had been closed already.

Voderady City used to be home to an abandoned factory. Previously, it made TV parts and sent them to the main factory.

Additionally, the Galanta factory and the shuttered factory merged in 2017.

The main factory is the one in Galanta City. The only intriguing Samsung manufacturing facility in Slovakia is currently operational.

This plant also produced some Samsung TVs for the European market.

In Romania, there was a high demand for more recent television models in the early 2010s.

Samsung has consequently established a local manufacturing facility in the nation.

TV component production was the initial focus of the production.

Later on, the company began producing monitors and putting together Samsung TVs.

One of the Southeast Asian nations with a local Samsung TV factory is Malaysia.

Samsung TVs from Seremban, Malaysia, were sold in a number of Asian nations.

However, Samsung Electronics Inc. decided to stop operations in Malaysia.

As stated, the reason for this closure was due to the nation’s shifting market conditions.

The result was that Samsung moved its TV production to factories in Vietnam.

In Chennai, India, Samsung has produced TVs for many years.

The Indian government started taxing imported TV parts in 2018. As a result, the business stopped doing local production in India.

Since that time, Samsung TVs from Vietnam have been sold in Indian markets.

The Indian government did, however, eliminate some duties on the aforementioned policy at the end of 2020.

Samsung Electronics Inc. was able to do so. to set up a local yet TV manufacturing facility in India.

India and other Asian nations are the markets where Samsung sells TVs made in this factory.

Samsung Electronics Inc. 2013 built its first In the Middle East and Africa (MEA), there is TV manufacturing facility.

Modern Samsung QLED TVs are made in this specific factory. Additionally, it is sold in African and Middle Eastern markets for use by locals.

The business views it as a significant accomplishment and milestone.

Egypt is now home to Samsung’s first manufacturing facility for the MEA.

Samsung, however, made the decision to erect its second African TV factory at the Dube TradePort in 2018.

In the KwaZulu-Natal province of South Africa, it is a logistical hub.

This South African facility can produce 5,000 units per day with a $20 million investment.

Its objective is to meet the demand for Samsung TVs in Africa.

The majority of the TVs manufactured in this factory are sold by Samsung in South Africa. in addition to a number of other goods in SADC nations.

Samsung keeps up with consumer demand for Samsung TVs.

In Karachi, Pakistan, a new manufacturing facility was inaugurated and put into operation this year.

Aiming to produce 50,000 TVs annually in cooperation with R&R Industries is Samsung Pakistan.

And provide top-notch Samsung TVs in many Asian nations.

The Pakistani government is confident that this move will strengthen the national economy.

Additionally, it will increase export demand and draw in foreign investment.

Why Buy A Samsung TV?

The market’s best TVs are Samsung models. Here are five reasons to buy one:

So why do you still wait? Get the best picture quality available by making a Samsung TV investment right away.

Because of their robustness and cutting-edge features, Samsung TVs are well-liked worldwide. It is therefore regarded as one of the market’s most reliable brands.

It is now better known for its QLED technology.

It is a feature of the display that offers more vibrant and intense colors. a feature that is missing from other TV displays.

Aside from that, the majority of the most recent Samsung TVs offer a 4k or UHD quality resolution display. enabling viewers to experience images with more texture and realism.

A Samsung TV is an excellent device for you if you’re a gamer or a movie nerd.

Several of its models have a “smart” function. Therefore, there are a variety of other uses for your TV.

A Samsung TV has a lifespan of between 4 and 7 years. If you’re a frequent user, that is. If not, prepare for it to last even longer.

As we have learned, it’s not that easy to say exactly where your There is a Samsung television. Obviously, a lot depends on where you bought the TV, but it might have been made in pieces all over the world.

We hope the list of nations we provided above has given you a clearer idea of the locations where Samsung TVs are produced. Please feel free to ask us any additional questions you may have about this subject in the comments section below. You can count on us for assistance. Thanks for reading!